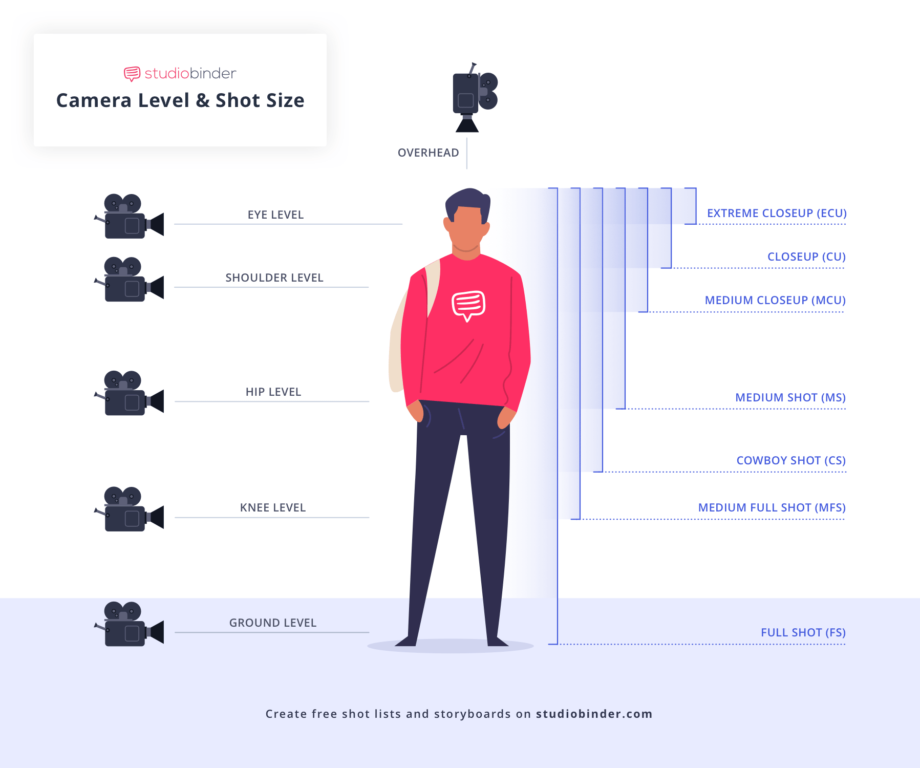 Extreme Long Shot (aka Extreme Wide Shot)  Used to show the subject from a distance, or the area in which the scene is taking place. This type of shot is particularly useful for establishing a scene (see Establishing Shot later in the article) in terms of time and place, as well as a character’s physical or emotional relationship to the environment and elements within it. The character doesn’t necessarily have to be viewable in this shot.

Long Shot (aka Wide Shot)  Shows the subject from top to bottom; for a person, this would be head to toes, though not necessarily filling the frame. The character becomes more of a focus than an Extreme Long Shot, but the shot tends to still be dominated by the scenery. This shot often sets the scene and our character’s place in it. This can also serve as an Establishing Shot, in lieu of an Extreme Long Shot.

Full Shot  Frames character from head to toes, with the subject roughly filling the frame. The emphasis tends to be more on action and movement rather than a character’s emotional state.

Medium Long Shot (aka 3/4 Shot)  Intermediate between Full Shot and Medium Shot. Shows subject from the knees up.